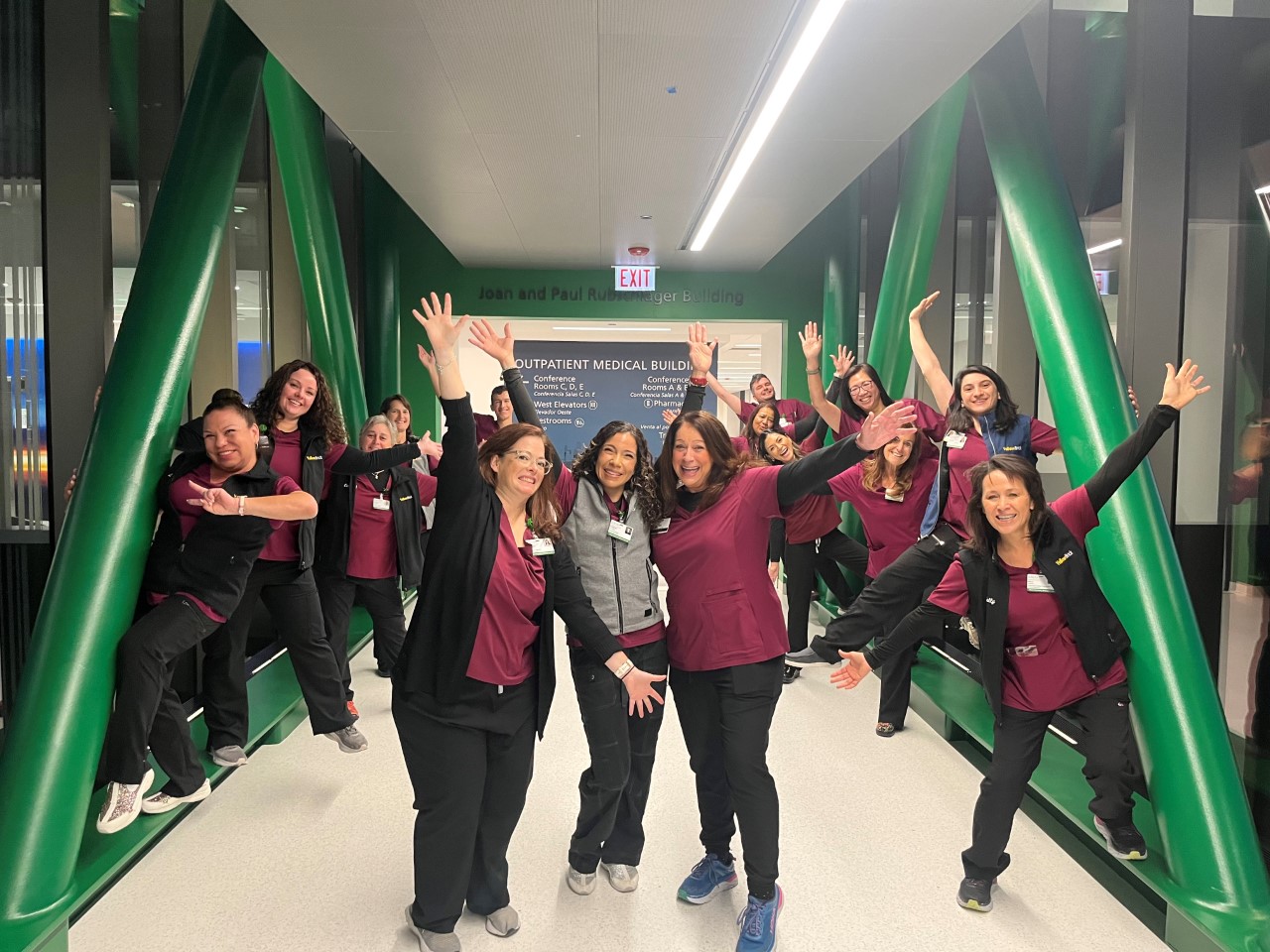 So, you’re getting ready to kick off a project at your organization. Congratulations! So much prep work has already taken place just to get the project team to this point. In addition to high hopes and audacious goals, at the start of a project there is usually a mix of emotions as a project team comes together for the first time: excitement, curiosity, and perhaps some trepidation – what are we about to get into?  All of this is normal.

Chances are if you’ve been asked to be a part of a team there is a good reason why. Likely you are a key stakeholder or subject matter expert – you have something essential to lend to the team to support successfully achieving the project’s goals. Given the complexity of organizations, healthcare or otherwise, typically the core team of a project assembles a diverse group of people whose special knowledge rounds out the comprehensive expertise needed to accomplish the project’s objectives.

It may go without saying but is worth stating when assembling a diverse group for a project, an organization is bringing together experts with a different lens on the work that will be unfolding to accomplish the objectives. This newly assembled group will need to find its own ways of working. How it will communicate within the group and as a group to broader audiences. As well as how to integrate the various expertise in support of the project. As a project team leader or as a team member, one should be prepared to navigate the usual stages of team formation: forming, storming, norming, performing, and adjourning.

The stages previously mentioned are part of the commonly used team development framework developed by Bruce W. Tuckman in the 1960s referred to as Tuckman’s Stages of Group Development. The stages of Forming, Storming, Norming, Performing, plus Adjourning – this last stage was not part of Tuckman’s original framework, but has been added over time. It should be noted that progress through the stages may not be linear and could be cyclical as new members or leaders join; or as project circumstances change. This framework provides a tool to identify and understand team behaviors and is helpful in facilitating conversations within teams for level setting and optimizing productivity.

Overview of the Five Stages of Team Development 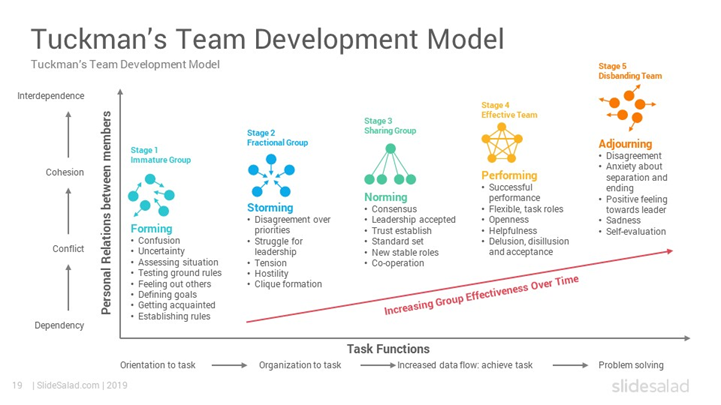 Highlights of the Five Stages

Defining Characteristics: ‘Getting to know each other’ stage. The purpose of forming is to begin to establish trust between team members and ensure the structure, goals, and roles are clear.

Tips to Facilitate this Stage: Create a good orientation for the team, include a kick-off session to formally commence the team’s work and charges, set expectations and ground rules (co-created with the team) early. Identify your team member’s strengths and make assignments accordingly.

Defining Characteristics: ‘Getting settled phase’ as team members begin to become more comfortable and look to find their place within the team. The storming stage is a critical and challenging stage to pass through. During this phase, individuals begin to assert themselves. Conflict and competitiveness are frequently experienced during this stage.

Tips to Facilitate Stage: Schedule regular check-ins and leverage a constructive process for communication about frustrations, provide conflict management skills if needed, keep the focus on goals at hand and revise or break down the goal if needed from those initially planned.

Defining Characteristics: The team is ‘beginning to hit their stride’ during the Norming phase. Team members learn to trust one another and become comfortable with one another. There is a stronger sense of belonging and trust. The team has established rules and procedures to guide decision-making and conduct.

Tips to Facilitate Stage: Continue to have routine check in’s on the team’s progress. Encourage being open to modifying ways of working to continually optimize team dynamics and ability to accomplish goals.

Defining Characteristics: Stage of peak level performance for the team – Team members become more flexible and agile in their roles. Members may take on various roles and responsibilities as needed. Team members’ differences are appreciated and leveraged as assets to enhance the team’s performance.

Tips to Facilitate Stage: Focus on the product and processes, continue to refine goals as needed, and deepen members’ knowledge and skills by offering opportunities to take on new challenges as a team.

Defining Characteristics: It’s time to wrap up! Project completion has arrived — goals accomplished/objectives and deliverables are complete. Preparation begins to dissolve the project team, formally close the project, and transition any work as needed. It is not uncommon to have mixed emotions at this stage, similar to the project start.

Tips to Facilitate Stage: Create lessons learned and share these with stakeholders, celebrate as a team, and acknowledge the accomplishments of individuals and the team.

Awareness and early planning on the stages of team development makes for fewer ‘surprises’ as a team. It also allows for adept navigation of these expected phases with foresight and strategies to support the team in expeditiously reaching their peak performance. And when the project close comes around — Don’t forget to celebrate!